5 Things to Do in Messina 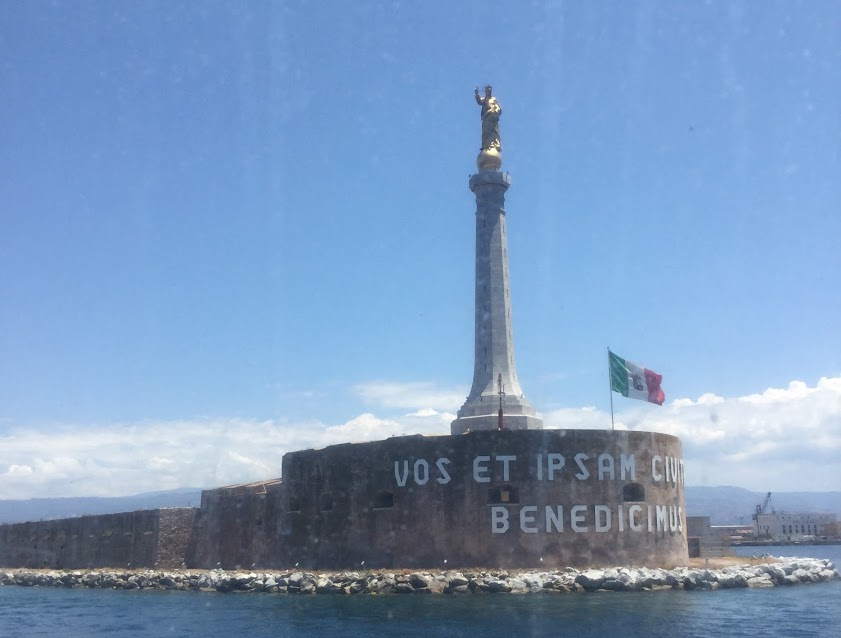 Messina is a harbor city located on Sicily.  It is the third largest city on the island located just off the tip of the boot of Italy.  It is separated from the Itay’s mainland by the Strait of Messina.  It has become a popular port of call for many cruise ships sailing the Mediterranean route.

Colonized by the Greeks in the 8th. Century B.C. Messina was originally called Zancle because of its shape.  (Zancle means scythe in Greek.) Three centuries later it was renamed Messene in honor of the Greek city of the same name. Its history, both ancient and recent, is riddled with a series of natural and man made disasters.

It was sacked, captured, and occupied over the centuries by the Carthaginians, Mamertines, and Goths just to name a few.  Today it Sicily is one of the islands of Italy.

Messina has seen more than it’s share of natural disasters including earthquakes and tsunamis.  The most recent and arguably the most devastating occurred on December 28, 1908.  That quake and tsunami killed over 100,000 people and destroyed most of the ancient architecture.  The city was rebuilt the following year but sustained further damage during the Allied bombardment in 1943.

Today the city is a mix of the historic buildings that miraculously survived war and natural disaster and new architecture built following the 1908 disaster.   Its protected natural harbor and position on the Strait of Messina make it an ideal port for container ships, cruise ships, and ferries.  Often times Messina serves as the gateway to travelers who wish to explore the wonders of Sicily.

Being avid cruises we’ve found ourselves in Messina many times.  I can tell you there aren’t many sites in the city itself, which is why many folks just pass thru on their way to hike Mt. Etna, visit Taormina or any of the other quaint towns in the tour books.  Most recently we hopped a ferry to Calabria located on the mainland just 3 short miles across the Strait of Messina.

But Messina is definitely worth a day or so visit, if only to enjoy the food and wine the city has to offer.  Here are a few things to do in Messina. 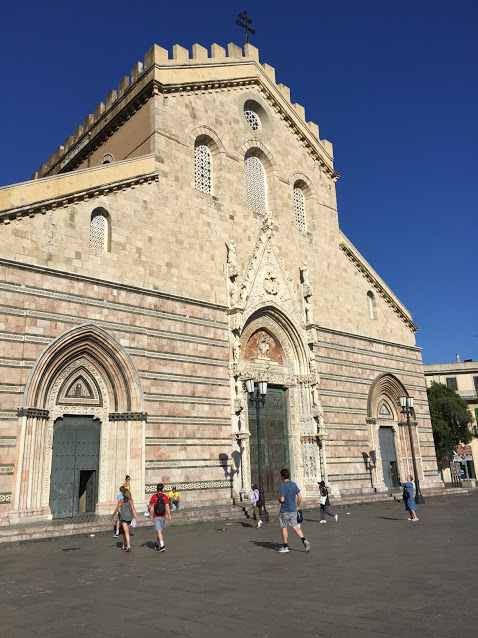 Visit the Cathedral of Messina

Located in Cathedral Square this Norman cathedral was constructed under the command of Henry VI of Hohenstauffen during the 12th. Century.  It was badly damaged after the 1908 quake but was reconstructed true to its original form.

It is one of Sicily’s finest cathedrals.  The cathedral is a sight to behold with its brightly colored roof truss and mosaics, but while you’re there take a walk thru the treasury museum and browse thru the 400 historical art crafted in gold and silver.[spacer height=”-20px”] 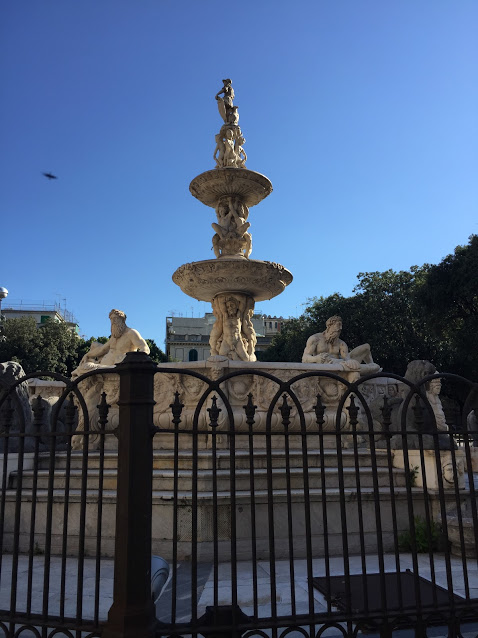 Marvel at the Orion Fountain

Situated in the middle of the Piazza del Duomo, Cathedral Square, in the historic city center of Messina is the fabulous Orion Fountain.

Created between 1554 and 1151 by Florintine artist G.A. Montorsoli who was a student of Michealangelo, this fountain is surrounded by mythical figures.  It was built to celebrate running water.  [spacer height=”-20px”] 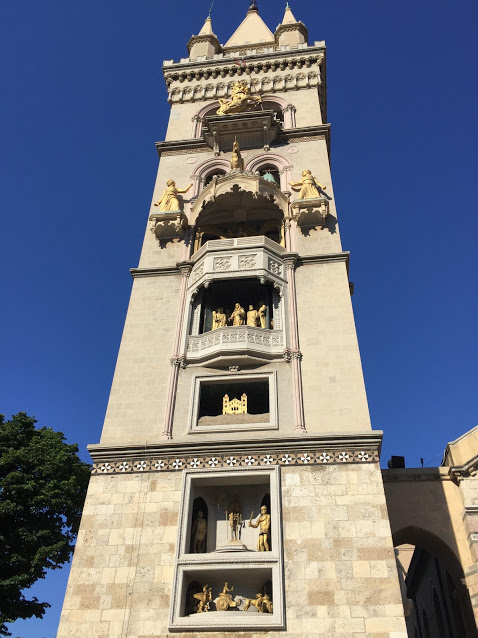 Watch the Bell Tower and Astronomical Clock in motion

This 60 meter tall tower located right next to the Messina Cathedral was reconstructed using old designs.  It contains one of greatest astronomical clocks from the Strasbourg firm of Ungerer.  The clock was placed in the tower in 1933.

Every day at the stroke of noon or shortly after the figures begin to move.  The show begins with a roaring lion waving a banner and depicts scenes from the history of Messina.  The show lasts for 15 minutes with figures popping out of windows.  Truly a sight not to be missed.  [spacer height=”-20px”] 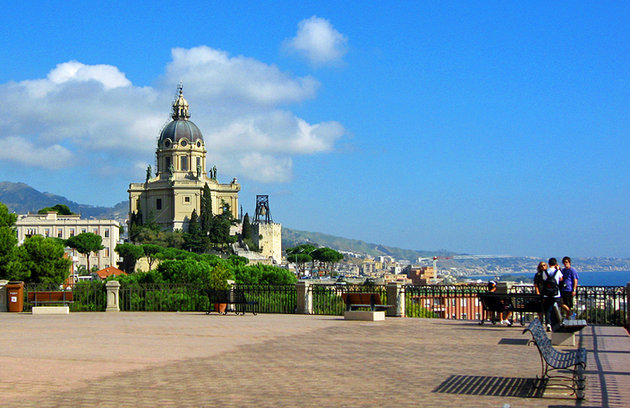 You can catch the colorful little train right in front of the cathedral.  Tickets cost €10 for adults, €5 for children, for the 50 minute train ride around town.

The train has a short stop at Cristo Re where you can take in panoramic views of the city. [spacer height=”-20px”]

There’s a strip of land that juts out into the harbor on the west side of Messina.  It houses the remants of the citadel called the Fort of San Salvatore built in 1681.  The fort remains form the base of the 60 meter column erected in 1934 and topped by a statue of the Madonna della Lettera.

Locals call it the Madonnina, little Madonna.  The base of  the monument is inscribed with the words “Vos et ipsam civitatem benedicimus” (We bless you and your city), a quote from the  letter the Virgin Mary was believed to have sent the people of Messina.

While you’re busy running around the city don’t forget to sit down for a snack or a meal at one of the local cafès and restaurants.  Try regional specialties such as Arancini, fried rice balls stuffed with ragu; Pignolata, a soft pastry flavored with chocolate and lemon; and of course Cannolis, fried pastry tubes stuffed with a sweet creamy ricotta filling.