5 Things To Do In Cartagena, Spain

Cartagena is a Spanish city in the Murcia Region of Spain.  Located on Mediterranean coast in south eastern Spain, Cartagena is a major naval station.

Cartagena was founded by the Carthaginians around 227 BC.  It has been inhabited for over two millennia.  Over its long history it has been inhabited by Romans, Vandals, Visigoths, Byzantines, and Moors.  Each culture left their mark on this city so you will see  ancient Roman ruins to art nouveau architecture.

Cartagena is a small city and its main attractions are gathered around the city center.  It is easily navigated on foot although there are buses that can take you around to the major tourists sites.  Having said that here are 6 things to do in this city. 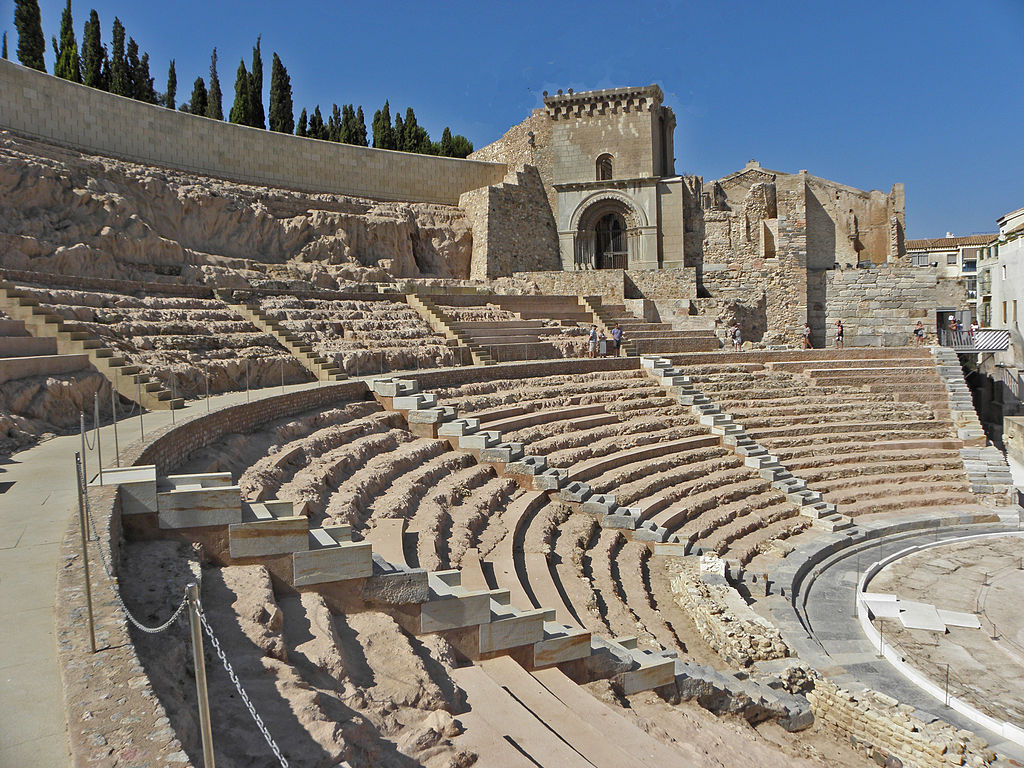 This is arguably the jewel of Cartagena’s tourist sites.  This 2000 year old theater was discovered in 1988 under the ruins of the Old Cathedral which was destroyed in the Spanish Civil War.

The museum is actually 2 parts.  The first being the building which houses artifacts found within the theater as well as ceramics from the middle ages.  The second is a tour of the theater itself.  [spacer height=”-2px”] 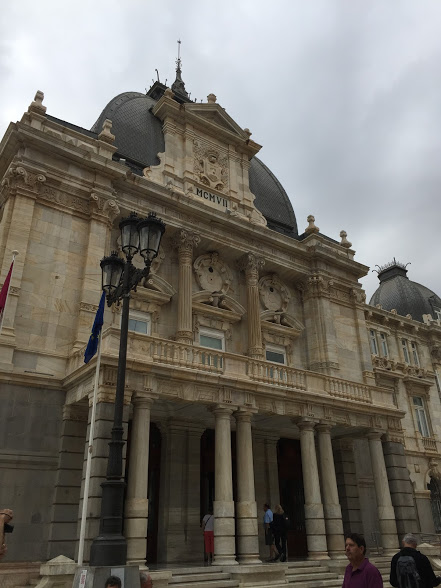 This 100 year old triangular town hall is the most impressive modernist building in the city.

The building’s facade is composed entirely out of white marble and topped with zinc coated domes.

There are guided tours that will take you inside the building to see the ornate marble stairways and period tapestries.  [spacer height=”-2px”] 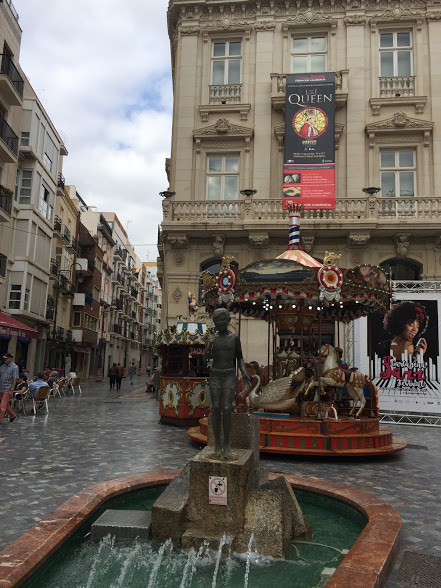 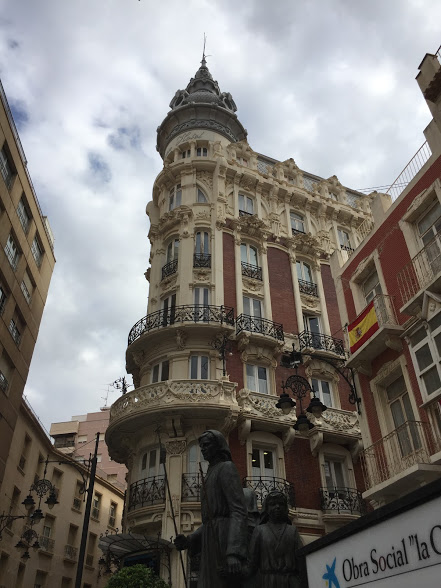 This pedestrian street is paved with blue marble.  This street boasts some of Cartagena’s best modernist buildings and artwork.   It is also filled with cafes, restaurants, and shops.[spacer height=”-2px”] 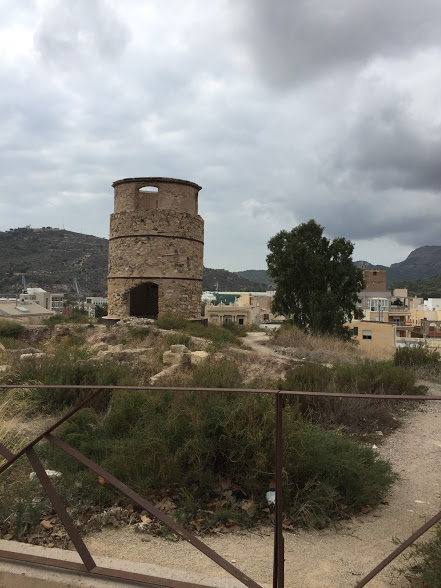 Located on Cartagena’s highest hill Castillo de la Concepcion began its life as a Roman temple.  When the Moors arrived it was turned into an Islamic fortified palace.  What remains now are the ruins of the 13th. Century building built after the Christian’s “Re-conquest” of the city.

You can take the panoramic elevator to the top where you will see fantastic views of the harbor and the coastal mountains.  [spacer height=”-2px”] 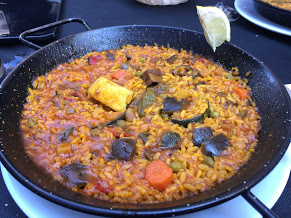 Have lunch or dinner

You can’t leave Cartagena without trying some Spanish dishes.  Catragena cuisine takes advantage of the city’s coastal location.  Many of their dishes have fish and other kinds of seafood.

My favorite meal in Spain is a nice pan of Paella.  It’s a rice dish that can be prepared with seafood, meats, our veggies.

I like to wash it down with a refreshing glass of Sangria.