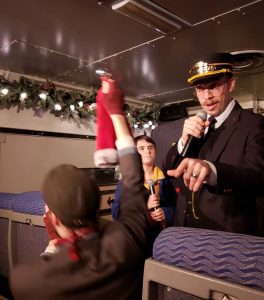 Every year around this time we always look for fun family activities to do during the Holidays.  Breakfast with Santa is a must, we’ve already made our reservations for this year.  Living in Hawaii we don’t have that many activities to choose from.  We have the Downtown Electric Parade followed by the Annual Tree lighting in City Hall, then a repeat performance on the Leeward side’s City Hall, various neighborhood Christmas Parades, and some Holiday entertainment at the Malls.  That pretty much sums up the Holiday activities on the island.

But for those living on the Mainland there is so much more going on.  Since my two daughters currently live on the Mainland, Arizona and Virginia, they asked me to help find activities in their areas.  The most exciting thing I found are The Polar Express Train Rides, they have them from coast to coast.  I sent the links to my daughters who are just as excited as I am about it, they hope to take their kids to one near them.

Just what are The Polar Express Train Rides you may ask.  Well obviously they are train rides, but not just any train ride, a magical one that takes you and your kids to the North Pole.
The seasonal events are put on by Rail Events, Inc. in cooperation with Warner Brothers Consumer Products.  It’s about a 2 hour ride based on the children’s Christmas classic award winning book The Polar Express by Chris Van Allsburg which was adapted as an Oscar-nominated motion-capture film in 2004 starring Tom Hanks and directed by Robert Zemeckis. 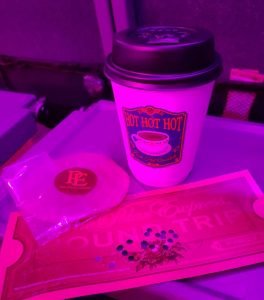 The story is about a young boy who doubts the magic of Christmas until he is taken on board the magical Polar Express, a train filled with chocolates, candy, and other children.  They are all taken to the North Pole where the elves are sending Santa on his way.  The boy receives a special gift from Santa, a bell from the reindeer’s harness, which he looses before he returns home.  Next morning his sister finds a small box left under the tree for him.  The box contains the lost bell delivered by Santa who found it on the seat of his sleigh.  When the bell rings only the boy and his sister hear it, the parents do not and tell him the bell must be broken.  The book ends with this famous line which was also used in the movie version.
“At one time, most of my friends could hear the bell, but as years passed, it fell silent for all of them. Even Sarah found one Christmas that she could no longer hear its sweet sound. Though I’ve grown old, the bell still rings for me, as it does for all who truly believe.”

The Train Ride is based on this classic book and movie.  On the train the book is read and there are activities like those in the movie.  When the train reaches the North Pole they meet Santa and those that believe will receive their own bell.  Chocolate and cookies are served on board the train.  There is fun and entertainment for all.  It will surely become a family tradition.

For more information and to find a Polar Express near you click here! 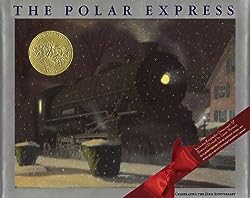 To buy your own of the children’s Christmas classic The Polar Express click here! 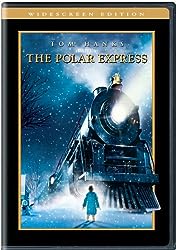