The USO, a non-profit organization, has been providing support for US military service personnel and their families for nearly 75 years.  And thank goodness for these dedicated folks who work diligently to keep our brave heroes connected to their families, homes, and country during some of the most trying times.  The USO is there for them from the moment they join the military and throughout their time in uniform; most especially during their deployment. 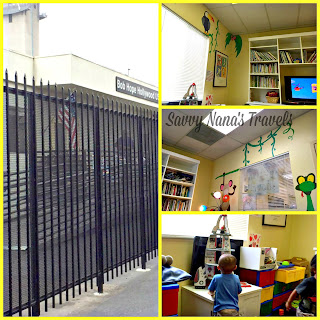 But I think they are most known for the entertainment they bring to our troops abroad and present to them and their families at home.  Their trademark USO tours bring America and celebrities to troops who are far from home.  But USO tours aren’t limited to entertaining troops away from home.  There are tours designed for the families at home and abroad as well.

Once such tour is The Sesame Street/USO Experience for Military Families.  It made its debut in July 2008 and is the longest running entertainment tour is USO history.  Since its inception 8 years ago the tour has performed over 1000 shows in 33 states and 11 countries.

The Sesame Street/USO Experience presents shows around topics that are unique to military families.  We had the pleasure of attending a performance last July in Fort Carson, Colorado Springs.

The show was free to all military personnel and their families, all you had to do was get a ticket on the day they were scheduled to be distributed, then show up on the day of.  My daughter managed to get us more than enough tickets, her husband was sent off for field exercises after she got the tickets and my husband decided not to attend.  We gave the extra tickets to the USO volunteer at the gate, there were families waiting for last minute tickets, the show was clearly sold out.

When we arrived on base we didn’t know what to expect, we’d never been to a USO show before.  We were pleasantly surprised to find not only friendly volunteers (I think they were volunteers) to greet us and take our tickets, but there was this huge Sesame Street mural that everyone was using as a photo backdrop.

The line for this photo op was quite long so we decided to take pictures after the show.  We followed the line of families heading into the theater.  Along the way we passed tables of “souvenirs” that we were told we could help ourselves to.  My daughter stocked up on a magnet, Sesame Street dvd, and other goodies.  We remarked how awesome it was to get free souvenirs too!  The last time we took the kids to Sesame Street Live, it a civilian show, we had to buy souvenirs, so we were ready to pay for any souvenirs offered.

So image our delight when we entered the theater and were given more souvenirs!  The kids were given those spinning light toys sold at most of these events.  We should know, we’ve paid as much as $15-20 for each one at other shows.  We were all given USO bandanas.  The kids put them on as soon as we settled into our seats.  They thought it was very cool!

Seating was open and on a first come first serve basis.  We were early enough and got good seats.

Once everyone was seated the show started.  This show centered around “moving” something that all military families must do often.  Soldiers and their families are re-assigned to a new base roughly every 2-3 years.  In the 4 years my daughter has been married her husband has been re-assigned twice, they may have to move again in a year or so.  This can be difficult for young children.  The Sesame Street cast addressed the issue in a fun and positive way.  But as we’ve all come to know Sesame Street has a gift for turning life’s difficult times into something positive and bearable.

The show wasn’t very long.  I think it lasted about 45 minutes at most.  It was filled with color, song, and dance.  Jett, my almost three year old grandson, was delighted.  He didn’t even get scared when the characters came down the aisle.

I think all the kids in the audience had a great time.  The show’s length was perfect too.  It was just long enough hold the children’s attention, specially the younger ones.

After the show some of the characters came off the stage and families were taking photos with them. We choose not to join the crowd.  Instead we headed for the mural at the entrance so we could take photos there before anyone else came out.

When we got to the mural we had it all to ourselves.  We were able to take a few photos before folks started exiting the theater, all bound for the mural, they obviously had the same idea we did.

It was so much fun for all of us.  We’re grateful to the USO for bringing the Sesame Street/USO Experience for Military Families to the base.  They truly bring some sunshine to military personnel and their families!

If you and your family are part of the military of this great country take advantage of the services the USO has to offer.  They do a great job of making your life just a bit easier. Don’t forget, thank the staff and volunteers, from my experience they are very dedicated to their mission.  Paying it forward is a great idea too!  We always leave a few diapers, baby wipes, and toiletries at the airport centers whenever we stop by on our travels.  It’s a great help to the next family who comes in!

Click here for more information, to find a center, or see what programs are offered in your area!  Click here for the Sesame Street/USO Experience for Military Family show schedules!