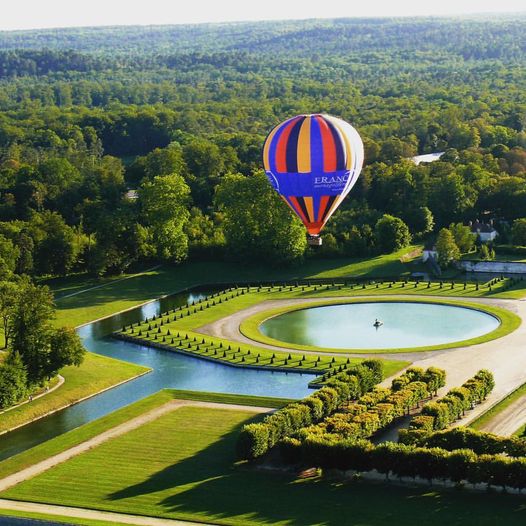 Ok I admit it!  When I hear France I automatically think of Paris, specially Paris in the Spring time.  I mean seriously, food, wine, art, fashion, and shopping, what’s not to love?  But there is more to France than the City of Lights.  There are many enchanting French towns that one must see.

Let’s face it Paris is amazing but can be overwhelming.  It’s always busy no matter what time of year you visit.  The museums are packed with crowds and enough art and artifacts that you’re head will spin.  And just how many days can you survive shopping til you drop?  (I can last about 3 before I call it quits!)  That’s when a visit to one or more of these enchanting French towns comes in handy, if only to get away from the maddening crowds!

French towns are as diverse as they are charming.  Each one holds a special charm that will appeal to folks with various interests.  If you’re a great fan of Impressionist artists there are French towns for you; history buffs will find most French towns are steeped in history from prehistoric times to the not so distant past; conspiracy theorists will love the “mysterious” Languedoc region; and wine connoisseurs will love sampling wines from the different regions.  So where ever your interests lie there’s a French town just waiting for you to explore!

Here are a just four of my favorite French towns to get you started.  Maybe one of them will capture your imagination enough to plan a visit!

Located just 12 Kilometers from the French city of Nice, Èze is a fortified Medieval village in the Alpe-Maritime region of southeastern France.

This lovely village is the most accessible perched villages of France.  It towers like an aerie above the coast and is surrounded by stone ramparts and crowned by the ruins of an old medieval chateau.

The towns cobble stone streets can get pretty steep, thank goodness for the handrails! Some parts of the uphill street is not for the faint of heart, it’s quite a trek.  But trust me the climb is so worth it!  When you reach the top you will be treated to a jaw dropping view of the Mediterranean Sea and the surrounding countryside.

The narrow streets are lined with shops and restaurants so there’s always somewhere close where you can stop for a short break before continuing to the top.

Located 1310 feet above sea level you can visit the Jardin Exotique.  It’s a garden filled with rare succulents, typical Mediterranean vegetation, and Jean-Philippe Richard sculptures.  But most importantly it is blessed with spectacular views.  On clear days you can see all the way to Corsica!

When you’re done admiring the views, sampling the cuisine, and wandering the shops walk down to the Fragonard Perfume factory located at the bottom of the road.  The factory makes perfumes, soaps, and cosmetics and has free tours daily.  After the tour you can browse the showroom, I’m sure you’ll find something that will catch your eye, and nose!  I bought a few yellow duck soaps for the grandkids!

Reims, pronounced RaNs, is a very important city not far from Paris.  In fact it’s a mere half an hour away from Charles de Gualle airport.

Wine lovers and Monet fans will love this great city.  Located in the middle of the Champagne region and sitting on top of a labyrinth of chalk caves Reims is the headquarters of many of the great champagne houses collectively known as le grandes marques.

The houses of Tattinger, Veuve Cliquot, Piper Heidsieck, and Ruinart to name a few have their main offices in the city and age their champagne deep in the caves below.  Many of them offer cave tours followed by champagne tasting year round.

Many of the caves date back to Roman times and the tour is really quite interesting.  Of course your reward for walking down into the caves is a wonderful glass or two of the bubbly.  It really is like drinking stars!

Monet fans will recognize the Gothic Reims Cathedral.  The famous Impressionist artist painted this lofty catherdal over 30 times!  He painted it at different times of day to capture it’s glory in all types of lighting.  Aside from being a Monet favorite the Reims Cathedral was where French kings were crowned for about 1000 years.  The well decorated cathedral features many stained glass windows including those done by Marc Chagall.  One of the transept windows by Jacques Simon features a portrait of Dom Perignon the monk credited with the invention of champagne!

There are many other sites to see in this pedestrian friendly city.  You can also spend some time kicking back at one of the many cafes.  Go ahead treat yourself to a bottle of the bubbly and just people watch, I recommend it!

Saint-Paul-de-Vence is then one of the oldest fortified medieval villages in the Alpe-Maritimes region of France.

This little hilltop town is known for its modern and contemporary art museums and galleries.  One can hardly walk a few feet in this village without stumbling upon an art gallery.

Many notable artists and actors have visited this old French fortress town.  Some including Marc Chagall and Donald Pleasence have called it home.  Here you will find the grave of Marc Chagall.

A walk in the south side of the village will bring you to some steps at the top of which you will find the Vu (view) which overlooks the charming cemetery, surrounding hills, and the mountains.  On the west side of the village at Bastion St. Remy you can catch a glimpse of the sea.  Here you will have a view of the snow covered Alps on one side and the sparkling Mediterranean Sea on the other.

And don’t forget to check out the shops.  Aside from beautiful artwork you’ll find some unique and moderately priced crafts and costume jewelry.  I’m sure you won’t be able to resist buying a trinket or two!

The tiny agricultural village of Chenonceaux is in the Loire Valley.  It sits on the right bank of the River Cher which is a tributary of the Loire River.

It’s a tiny little town that has about 500 permanent residents.  Its claim to fame is the Chateau de Chenonceau one of the most photographed chateau in the Loire Valley.

The Chateau spans the River Cher.  There have been written accounts of the estate of Chenonceau dating back to the 11th. Century, but the current chateau was built over a ruined mill in 1514-1522.  The bridge expanding the chateau over the river was erected in 1556-1559, the gallery over the bridge was built in 1570-1576.

This chateau has seen a fairly long list of owners beginning with the Marques family in the 13th. Century.  It was purchased from the Marques family by Thomas Bohier (chamberlain to King Charles VIII of France) in 1513 and it was him and his wife who are credited for building the main part of the chateau.

It was later confiscated by Francis I of France for unpaid debts to the crown and upon his death gifted by Henry II to his mistress Diane de Poitiers.  It was she  who built the bridge over the river.  Upon Henry’s death the chateau was wrested from de Poitiers by none other than his widow Catherine de’Medici who added the gallery over the bridge and expanded the gardens.  And so it went from owner to owner until it ended up in the hands of Henri Menier a member of the Menier family who are known for their chocolates.

A day trip to Chenonceaux can be part of a Loire Valley excursion where you can visit one or two other Loire Valley Chateaux like the nearby Clos Lucé in Amboise where Leonardo Da Vinci lived the last 3 years of his life, and Chateau de Chambord.

Ready to plan your French getaway?  Call SNTTours where travel is our passion! 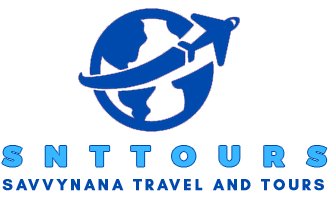