[spacer height=”20px” id=”2″]Chateau de Versailles, or the Palace of Versailles, is a UNESCO World Heritage Site located in the town of Versailles just 12 miles southwest of Paris.  When construction began in 1623 by Louis XIII Versailles was a country village; today it is a wealthy suburb of the French capital.

It was originally built as a hunting lodge and enlarged by Louis XIV, the Sun King.  He moved his royal court to the new palace thus making the court of Versailles  the center of political power from 1682 until 1789 when the royal family was forced back to Paris after the beginning of the French Revolution. 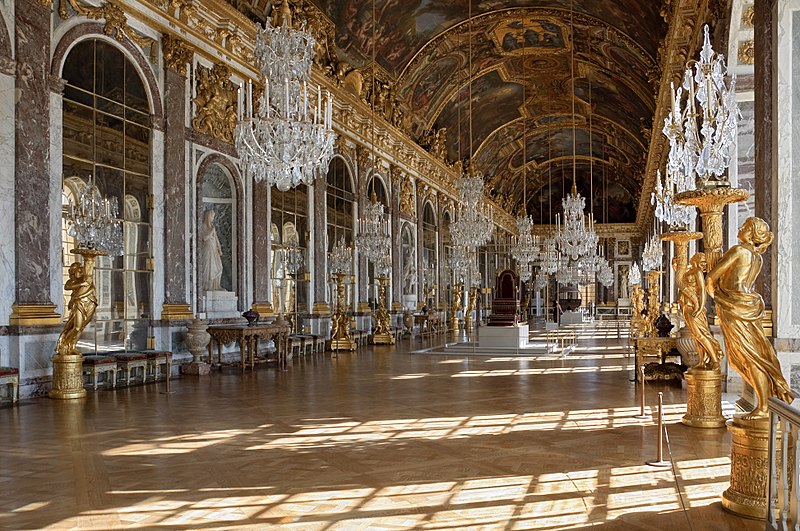 One of Versailles’ most famous residents was Marie Antoinette the wife of Louis XVI, they were the last monarchs to live in the Palace.  Versailles is famous not just for its residents and buildings but also as a symbol of the absolute monarchy of the Ancien Regime and for historical events that were held in its grand galleries, particularly the Hall of Mirrors.  The Treaty of Versailles which ended World War I between the Germans and the Allied forces was signed in the Hall of Mirrors on June 28, 1919.

Today the Palace of Versailles is a museum of French history and art exhibit site.  It also hosts political functions form time to time, most recently President Hollande gave a speech before a rare joint session of parliament there following the Paris attacks in November 2015.

The Palace complex is vast and sprawling with private apartments, galleries, chapel, opera, and subsidiary structures including the Grand Trianon and Petit Trianon located on the grounds close to the main chateau.  Versailles is also famous for its extensive gardens, statuary, and fountains.  They are spectacular!

So if you’re a history buff, an avid gardener, or just love beautiful things Versailles is a must see when you visit Paris. It’s an easy day trip from Paris accessible via trains, coach, or private car, and of course you can join a tour offered by many travel agents or your hotel’s tour desk.

I’ve been to Versailles twice, once by private car and another time by train.  Hiring a car and driver is the most expensive way to go, but if you’re traveling with older people (we were traveling with my aunt and ailing husband at that time) it is probably the easiest way to go.  The cheapest way to get there is by train, assuming you can figure out Paris’ complex train and metro system.  Here’s a link that will give you step by step directions to get to Versailles from Paris by train!  A round trip ticket cost 7 Euro per person, it’s a bargain!  Once you reach the town it’s an easy walk to the chateau, just follow the signs, it is after all a major tourist attraction!

You can purchase your entrance tickets online or at the ticket office before you enter the palace.  (If you’ve booked an organized tour entrance tickets should be included).  Buying a ticket can be somewhat confusing as they offer several types.  The best “buy” would be the 1 or 2 day passport.  These include admission to  the Palace, the Trianon palaces, grounds, and Marie Antoinette’s estates.

You can also buy tickets separately, just the Palace (15Euro) or the Trianon Palaces & Marie Antoinette’s estates (10Euro). Admission to the Musical Garden Show is 8 Euro and the Musical Fountain Show is 9 Euro.  Click here for more info!

They also offer several guided tours.  Guided tours cost 7 Euro each in addition to the price of your admission ticket.

I told you it was confusing!  We usually just buy the one day passport,  makes things easier and gives you access to everything including the exhibits.

For more info on tickets and tours click here!

Now there are many things you can do in Versailles.  It’s a great place to take the kids too!  You can start by taking a tour of the main chateau, actually you can take all the tours if you like, but if you have kids it will get boring pretty fast.  You don’t necessarily have to take the guided tour, the audio guide included with the admission works great as does the map of the palace and grounds. 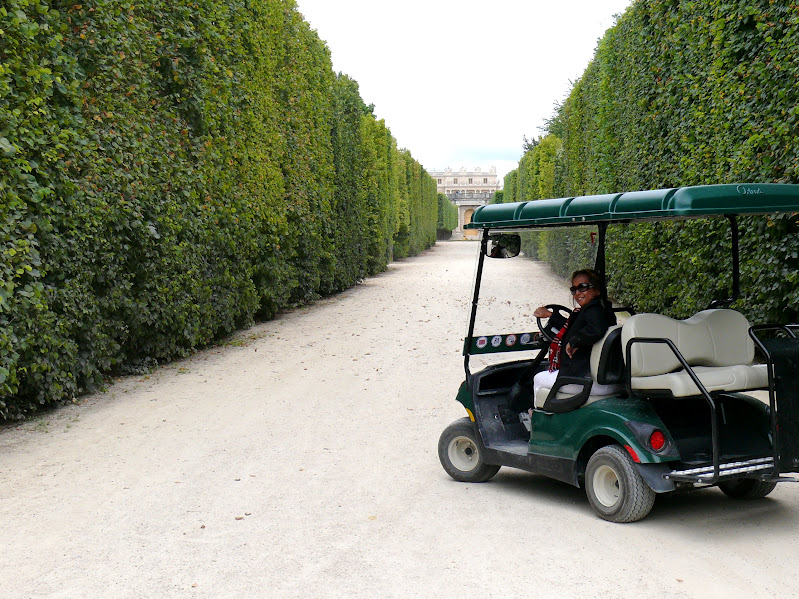 When you’ve had your fill of period furniture and exquisite artwork you can wander out into the gardens.  That’s really where all the fun begins, for young and old.  The gardens and fountains are spectacular!  There are so many activities you can do in them.  There’s a mini-train you can take to the Trianon palaces and other garden attractions or you can rent an electric car.  We rented the car and drove ourselves all around the grounds, it was a blast!

Train tickets are 7.50 Euro per person.  Electric car rental is 32 Euro an hour.  It was so worth it! 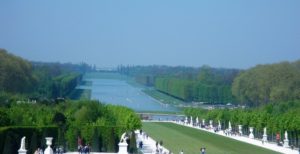 At the Grand Canal you will find restaurants with outdoor seating.  Stop by for lunch or a snack!  You can also rent a row boat to paddle in the canal, rent a bike, go on a guided tour of the Grand Canal on a Segway (35 Euro for 1 hour or 55 Euro for 2 hours), or go shopping!  [spacer height=”20px” id=”2″] 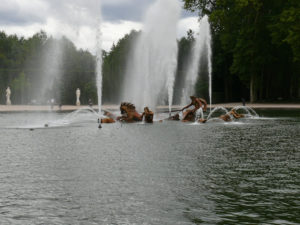 If you’re up for more tours head over to the Petit Trianon, Marie Antoinette’s private retreat or the Grand Trianon also called the Marble Palace.  Or you can just wander around the gardens and admire the trees, flowers, fountains, and statuary.  Perhaps grab a drink from one of the beverage carts located around the grounds.

What ever you decide to do in Versailles I’m sure you’re visit will be memorable!