Christmas in Bethlehem – Where it all Began

I have an inter-faith household and I have always used the season to focus on both faiths, Catholic and Muslim.  I have related the story of the birth of Christ to my children and grandchildren.  I explain that Christians believe that Jesus is Lord and that Islam honors the same man as a prophet.  I tell them both faiths believe in the Virgin birth, although the actually birth date is different, not such a big difference for the actual birth date even varies among Christian religions; the Armenian Orthodox Church celebrates on January 6 and the Greek, Coptic, and Syrian Churches celebrate on January 7.Sometimes, with all the hustle and bustle of the Christmas Season, we find it hard to focus on what the holiday is really about.  It sometimes seems that Christmas has become far too commercialized. We’re bombarded with ads on every media touting the must have gifts of the year.  Everyone is busy baking, shopping, wrapping, and doing all the other activities that comes with the holiday.

I believe that explaining the basic similarities and differences have taught my children and grandchildren to respect other people’s beliefs tho they may be different from their own.  We focus not on the differences, but on respect, understanding, kindness, and sharing; things that are common in every faith.

In the early 1990’s my older daughter lived with her Muslim grandmother in the West Bank for a couple of years.  She had celebrated Christmas in Bethlehem both years, joining the throngs of people to watch the procession to the Church of the Nativity, paying homage at the Grotto of the Manger, and attending Midnight Mass at the Church of St. Catherine.  She tells me those were some of her most memorable Christmases, the occasion both solemn and awesome, to be at THE place where it all began.

Many wonder how Christmas is celebrated in a region that is predominantly non-Christian, well they do it every year in spite of the threats of violence that surround the festivities.  Somehow, some way,
if only for a few hours the little town of Bethlehem usually gets a  short reprieve from the violence and is allowed to celebrate the holiday.

Here are a few images of Bethlehem.

Church of the Nativity – Bethlehem 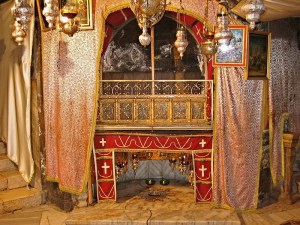 Inside the Grotto in the marble floor is a 14 point silver star that marks the precise spot where Jesus was born.  The inscription on the star says “Hic de Virgine Maria Jesus Christus natus est” which means Here Jesus Christ was born to the Virgin Mary. The star was placed there by the Catholics in 1717.

Shepherd’s Field – The area where the Angel’s announced the birth of Jesus. 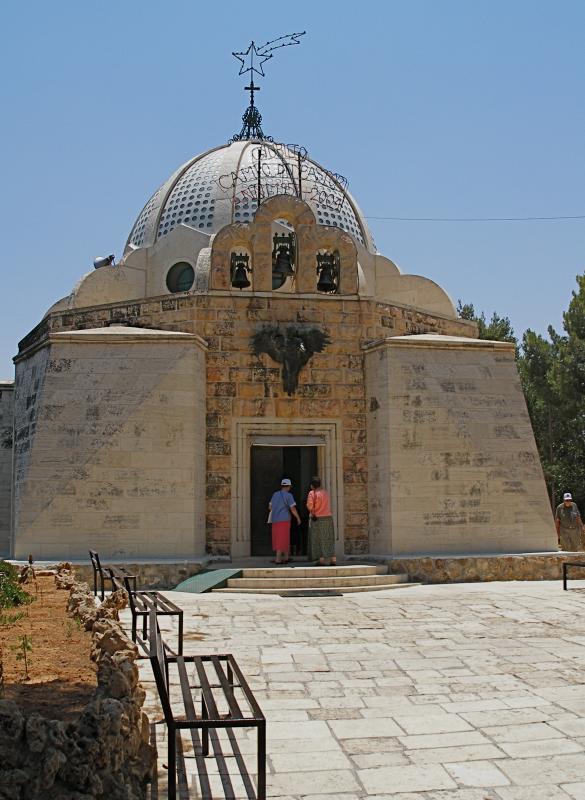 Church of St. Cathrine in Bethlehem adjoins the Church of the Nativity, this is the church where the Christmas Midnight Mass is held – this is the Mass that is broadcast around the world.  Tickets are required to attend this Mass.

There are many concerts and events in Bethlehem during the Christmas Season.  For more information click here!