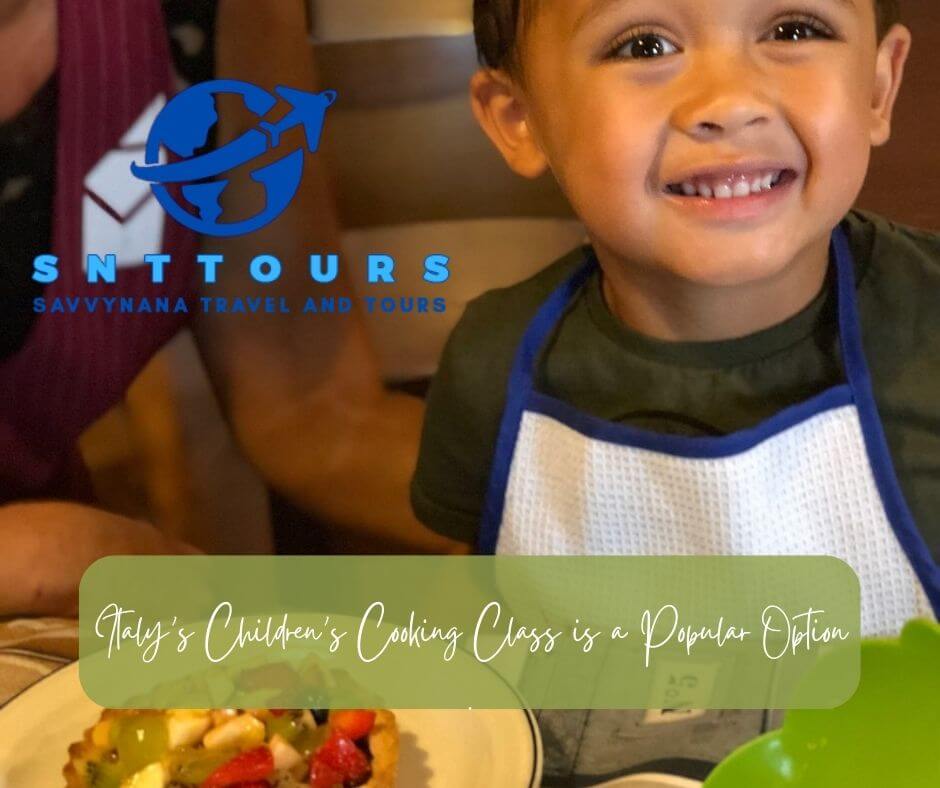 Italy is a wonderful vacation destination for families. The Italians love young children and have lots of things to do. So many family friendly sights and attractions are present in Italy’s towns. This is why families often find themselves in churches, museums and other venues that are kid friendly. Families traveling to Italy with kids need to make sure they add some additional activities geared toward them into their itinerary.

A hands-on class for children is a great way to incorporate fun into a lesson. This is what Monica and Silvia decided to do with their cooking class; half a day was spent teaching Jett and the other kids. Rettorgole is a small town located in the Province of Vicenza in the Veneto region of Italy. The Province of Vicenza is north-eastern Italy and contains some of the greatest examples of Palladio architecture due to its proximity to Venice, which is 45 minutes away by train.

Monica and Silvia host cooking classes for both adults and children. We attended their children’s cooking class alongside our 5 year old daughter and her mom. Monica and Silvia planned a class for the kids where they prepared easy dishes including gnochetti, smaller potato-based pasta balls. They also made bread balls stuffed with cheese and prosciutto and dough pinwheels filled with zucchini and prosciutto. Additionally, they prepared a tartlet that was delicious.

Since Jett is allergic to eggs and dairy, the ladies were very helpful in providing alternatives for him. They also helped him with preparing each dish. They were especially vigilant with Jett and made sure he didn’t have any problems during the cooking process. When cooking, Monica and Silvia took extra precautions by keeping Jett’s kitchen utensils separate from the other children’s. This prevented cross-contamination of foods that could potentially harm him. Monica and Silvia hosted a cooking class for the children for about four hours.

Following the class, the two prepared all the dishes and served the meal to everyone present at lunch. I had an awesome time and can’t wait to participate in a cooking class with these ladies again next time I visit. We created cheese-stuffed bread balls and Prosciutto-wrapped pinwheel snacks. We used Vegan cheese in both recipes. We provided the pinwheel dough wrapped with slices of zucchini and prosciutto. Jett really enjoyed using the rolling pin. Jett was an expert at making gnochetti using a wooden mold. He quickly grasped how to make the entire tray by himself after just a few tries. Monica helps Jett roll out the cookie crust for a tartlet during a children’s cooking class. After creating their dessert, the children added fresh slices of fruit to the top of their tartlets. Jett ate some berries between mouthfuls of tart.

Looking to book your children’s cooking class with Monica and Silvia? Use SNTTours’ help to plan your family vacation to Italy!