6 Most Haunted Castles in Europe 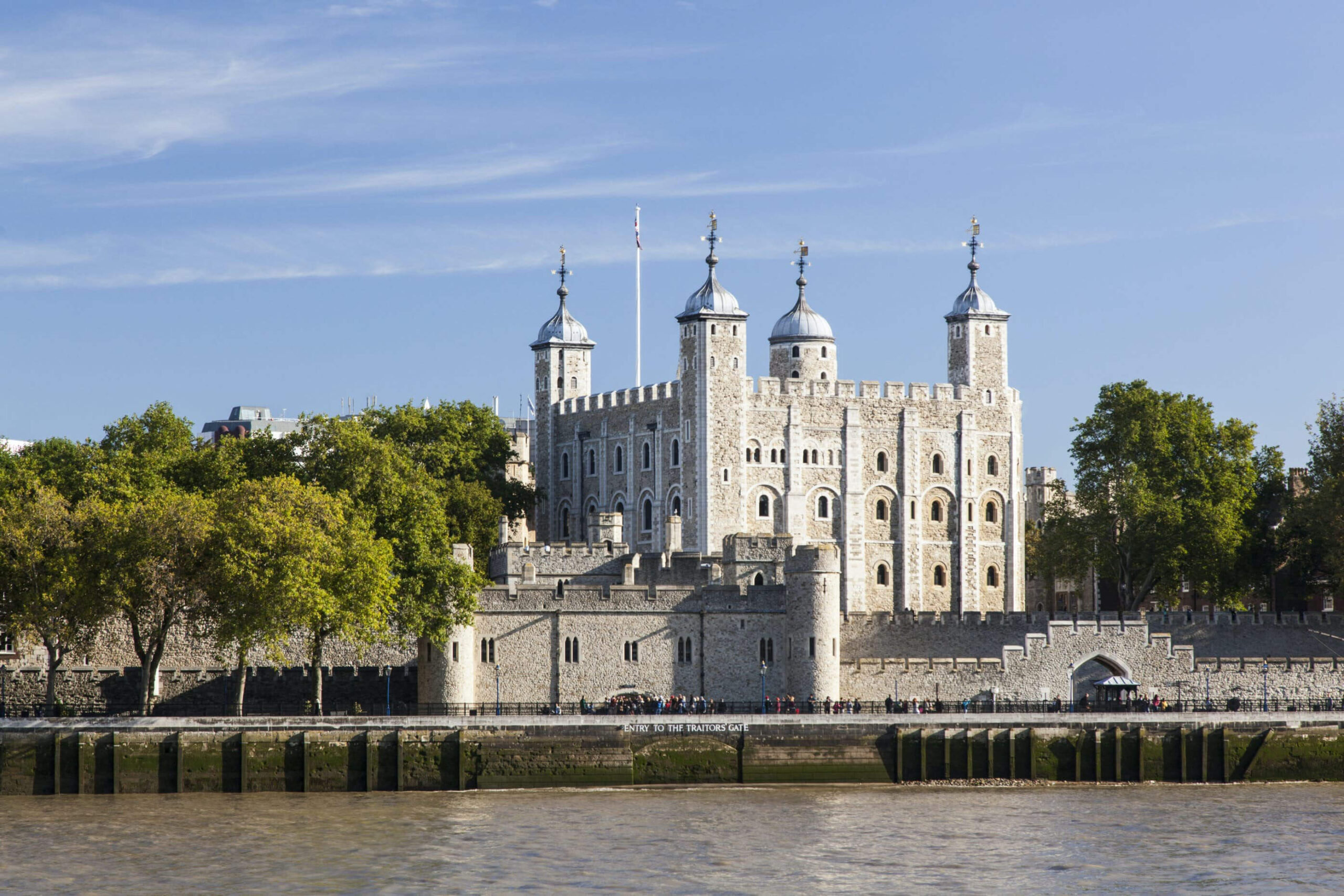 Europe is steeped in history, many times violent and bloody.  What with ancient wars and feudes, palace intrigues, and domestic abuses it’s no wonder that many of its ancient castles are said to be haunted.  In fact it would be even more amazing if there were no haunted castles in Europe.

So buckle your seat belts as we fly across the Atlantic and have a quick peek at 6 of the most haunted castles in Europe.  Believe me there are so many haunted places on that continent it’s hard to pick just 6!

The Tower of London 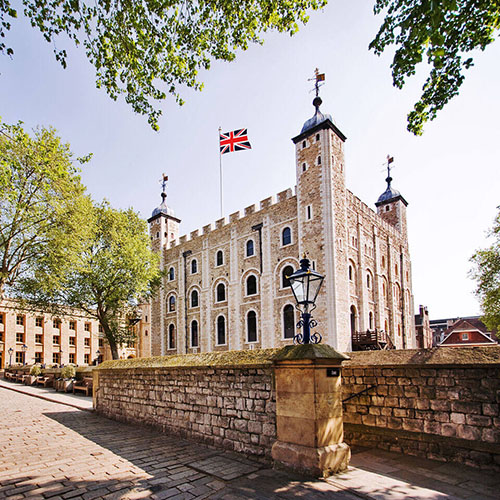 It doesn’t take much imagination to decide that London has many haunted places, specially on chilly nights when the fog swirls thick around you as you walk down the narrow streets of the city.  After all London was home to Jack the Ripper one of history’s first recorded serial killers.  The streets of Whitechapel were known to be his hunting grounds.

Sure the pubs around Whitechapel are said to be haunted, remember many of them have been there since well before Jack the Ripper began his murderous spree.  But since we’re talking castles let’s start with the Tower of London.  It’s not exactly a castle, it’s actually a prison.  A 900+ year old prison that housed some of histories most famous nobility, many of whom are now said to be haunting the place.

With its long history of torture, murder, and executions it’s no wonder this castle like building is haunted by a long litany of specters.  Arguably the most famous haunt is Anne Boleyn the unfortunate second wife of Henry VIII.  Her only crime was her inability to produce a male heir to the throne and her fickle husband grew tired of her and divorced her.  The king then charged the poor woman with treason and had her beheaded 1536.  Her headless ghost is said to roam the tower’s corridors.

Other famous ghosts include the two princes who were deemed illegitimate by Parliament and imprisoned in the tower.  It is believed they were murdered, actually smothered, by their uncle the Duke of Gloucester.  Today it’s said they’ve been spotted in the tower holding hands and looking afraid. 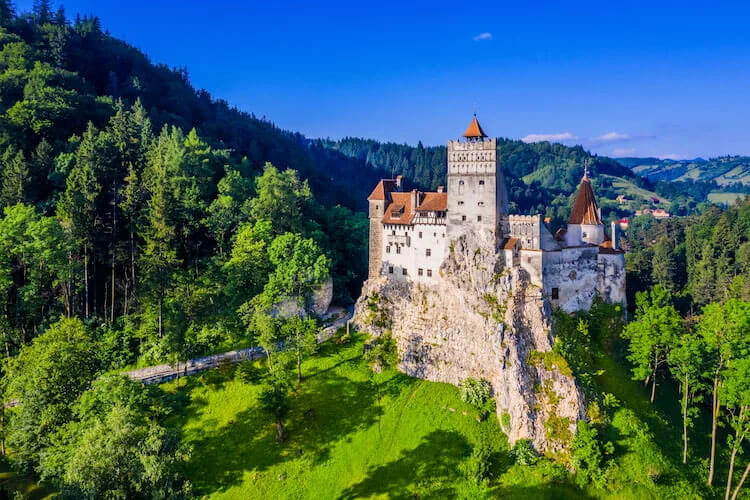 Believed to be the castle in Bram Stoker’s novel Dracula, Bran Castle in the Romanian town of Bran is said to be haunted by a variety of its previous occupants.

It is said the Stoker never actually visited this 13th. Century stone castle, but used pictures of  it as his model for the home of  his famous vampire Count Dracula.

But somehow fact and fiction mingled to form the basis of legends about this picturesque castle.  Legend has it that some of Bran’s citizens are actually strigoi, people whose souls leave their bodies at night to terrorize the village.  This definitely encourages the areas vampire lore.  Who knows perhaps rumors of these legends reached Stoker’s ears in Ireland and encouraged him to write his classic novel? 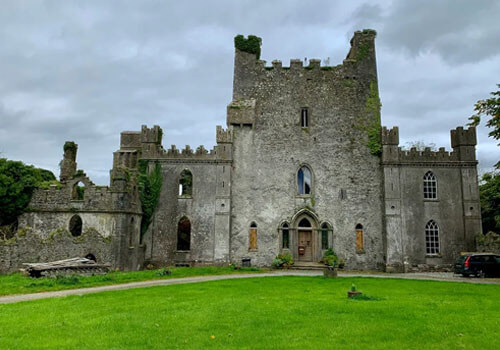 Leap Castle (pronounced Lep) in Coolderry, County Offaly, Ireland is notoriously the most haunted castle in Ireland if not the world.  This ancient castle has been featured in several TV shows about the paranormal including Ghost Hunters and TV’s Most Haunted.

It’s not surprising that the world’s most haunted castle would be located in Ireland, a land that’s steeped in legends and mystery.  And it’s not at all surprising that Leap Castle is haunted given its bloody history and ambiguous origins.

It’s unclear exactly when the castle was constructed, some say 12th. century and others 15th.  But whatever the year of its construction was one thing everyone seems to agree on is the site on which it was built.  Leap Castle is build over a site that was previously occupied by druids who used it for initiation ceremonies.  It was originally named Leim Ui Bhanain meaning Leap of the O’Bannons.

As the legend goes the O’Bannons were an affluent clan from County Tipperary.  Two O’Bannon brothers vying to become chieftain is said to have entered into a contest where they would leap off the rock where the castle was to be built.  The brother who survived would be chief and be responsible for building the castle.  Thus began the castles bloody history and hauntings.

However O’Bannons did not control the castle for long, the castle was seized by the O’Carroll clan, a ruthless and greedy bunch who left a legacy of carnage within the castle walls.  The years of O’Carroll reign over the castle are said to be cruel and bloody.  Many of their victims are said to haunt the castle including the lady in red.

The lady is said to be seen wandering the castle dressed in a fluttering red gown carrying a sharp blade.  The lady is said to have been imprisoned and repeatedly raped by the O’Carrolls.  She became pregnant and her child was murdered by the same men.  Overwhelmed by the murder of her baby it is said that she used the blade that she now carries to end her tormented life.

And then there’s the Bloody Chapel.  At one point the O’Carroll chieftain died without a clear heir.  Of course this resulted in a fight between his sons Thaddeus and Teighe.  Thaddeus was a priest and is said to have been in the middle of a mass when his brother rushed in and slaughtered him.  His ghost is said to wander in and around the chapel.

There are many more bloody tales about this castle as it seems that the O’Carrolls were a bloodthirsty and sadistic clan.  It’s really no wonder that their many victims haunt this castle. 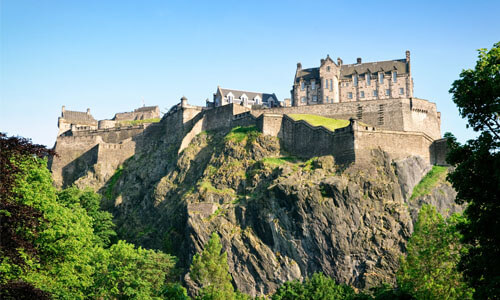 It should come as no surprise that Edinburgh Castle is said to be haunted, it would be more surprising if it wasn’t.

The castle is home to a variety of specters including the ghost Lady Janet Douglas of Glamis who was imprisoned for witchcraft and burned at the stake.  Then there’s the unseen drummer who many have claimed to hear but never seen.  The castle dungeons were filled with notorious thugs and cutthroats many are said to be heard moaning and groaning down there. 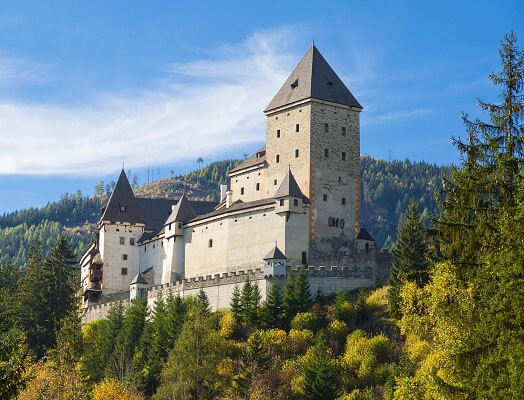 Moosham Castle also known as Witches Castle is a 13th century castle in Unternberg, Austria.  It was the location for the bloodiest and most gruesome witch trials in Europe.

In the 17th century the archbishop of Unternberg tried, tortured, and executed thousands of women here.  The women were accused of witchcraft.  Here those women were beaten, tortured, hanged, and some even drawn and quartered (their bodies tied to horses and were torn apart when the horses ran in different directions.)  It’s no wonder the place is haunted by those tortured souls who are said to roam the halls in search of justice to this day.

Another ghost said to linger in this castle is Anton the resident caretaker during the witch trials.  He roamed the halls then guarding his prisoners and is said to roam the halls still. 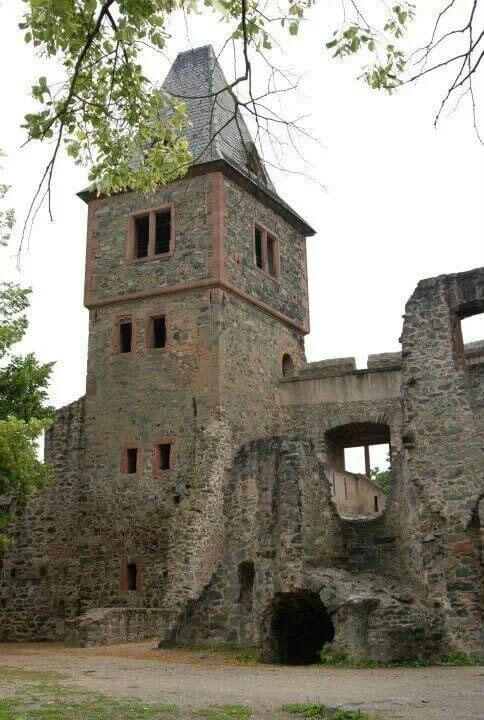 Yes there really is a Frankenstein Castle; its ruins are located in Darmstadt, Germany.  And yes this is the castle and the legend immortalized by Mary Shelly in her classic novel Frankenstein.

The original castle that sits atop a hill overlooking the town dates back to 948 B. C.  Obviously it underwent many additions and renovations since it was originally constructed.

In the 1600’s the sole remaining member of the original Frankenstein family died instantly in a chariot accident.  He was on his way to see his one true love, Anne Marie.  Clearly he never saw her and as legend has it she stayed in the castle waiting for him until she eventually died of a broken heart.  Today it is said that both Knight Frankenstein and Anne Marie are wandering around the darkened castle searching for each other.  Now this is not the basis for Shelly’s novel, that one’s about monsters and body parts.  So how did that come about?

After the original Frankenstein family died out a man named Konrad Dipple von Frankenstein moved into the castle.  He was an alchemist and grave robber.  As the story goes he was experimenting with human and animal body parts and the blood of virgins, he was trying to resurrect the dead.  His greatest creation was his monster made of body parts and reanimated in his laboratory in the castle.  The town folk were afraid and stormed the castle whilst the alchemist was locked in his lab.  He supposedly drank one of his potions and thus ended up committing suicide.  However his monstrous creation escaped and roams the forest to this day in search of virgins whose blood he needs to stay alive.

The brothers Grimm actually recounted this tale to Mary Shelly’s stepmother.  Mary Shelly later visited the castle and used the story as her basis for her world famous novel Frankenstein.

Well there you have it, 6 of the most haunted castles in Europe.  Visit them this Halloween or any time of year, if you dare!

Ready to plan your ghost chasing adventure in Europe?  Let SNTTours help you plan!
We specialize in helping families plan memorable vacations around the globe.